South Africa is situated at the southernmost tip of the African continent. It washes nearly 3,000 kilometers of coastline with the Indian Ocean and the Atlantic Ocean, bordering on three sides. It is known for its diverse terrain, outstanding natural scenery and cultural diversity. Since the legal termination of apartheid in 1994, all of these have made South Africa the preferred destination for travelers. The 2010 FIFA World Cup brought South Africa to a global perspective and made many contributions in promoting South Africa’s attractions, culture and cuisine. South Africa is called a nicknamed country “Rainbow Country” because of its unique multicultural characteristics. The country has eleven incredible languages and more than a dozen of tribes. 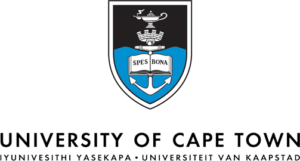 Here are the best and popular colleges and universities in South Africa which is really important to know as a South African Citizen. It is also important to gather knowledge for international students. It will help you to get admission to those universities. Just click the link and browse their website.