Puerto Rico an unincorporated territory of the United States and its official name is The Commonwealth of Puerto Rico. It is located approximately 1,000 miles southeast of Miami, Florida and the northeast of the Caribbean Sea. Puerto Rico is a territory of a group of islands. Among the islands, Puerto Rico is the main island and the important smaller islands are Mona, Culebra and Vieques. There are three main airports available in Puerto Rico; Luis Munoz Marin International Airport in Carolina and Rafael Hernandez Airport in Aguadilla and Mercedita Airport in Ponce. Luis Muñoz Marín International Airport is the busiest airport which is serving the largest city, San Juan. The airport is the main hub for aviation activities in the Caribbean region, handling approximately 10 million passengers per year and providing services to airlines in the region. In this article, we’ll introduce you to some of the most well-known universities in Puerto Rico.

According to data from the Institute of Educational Sciences, Puerto Rico has 152 accredited universities and colleges. Among the universities, 21 are located in San Juan, the capital of Puerto Rico. The University of Puerto Rico follows the American system and awards four-year bachelor’s degrees, master of arts (MA) and master of science (MSc) degrees, and-rarely doctoral degrees.

The University of Puerto Rico famous university and it is the main public university in Puerto Rico. It was established in 1900 and was Puerto Rico’s first higher education center. Initially, the university enrolled 20 students and five professors. Later In 1903, it became the University of Puerto Rico. It is a Spanish school, mainly composed of 11 campuses, with approximately 58,000 students and 5,300 staff. There are also some specialized private higher education institutions that provide professional training in industries such as business, tourism and secretarial skills. Most of the courses are learned in Spanish and English languages. 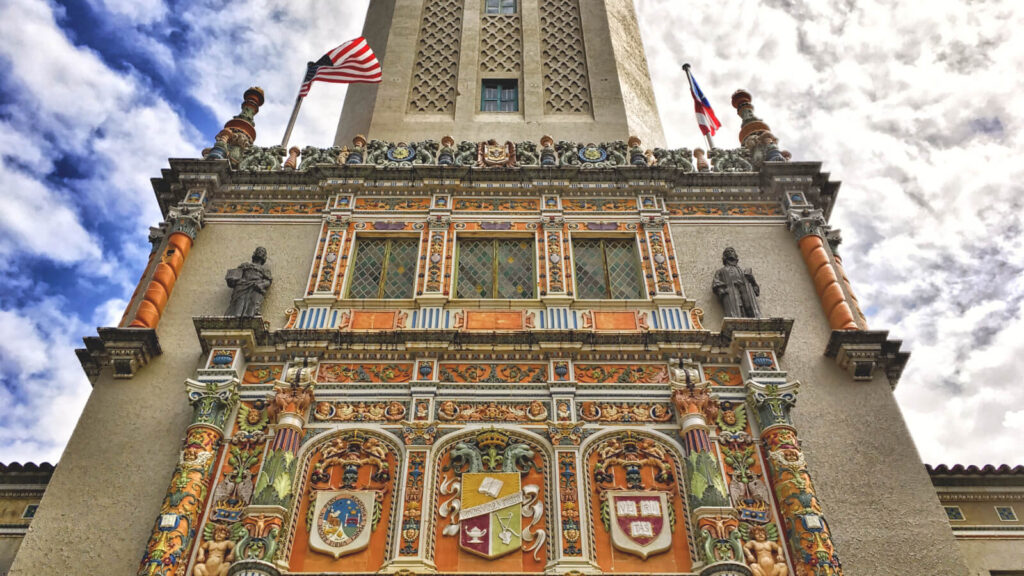 Puerto Rico colleges, universities, engineering schools, medical schools, marine academy, Aviation academy and law schools are highly well-known and respected in the education sector. These higher education institutions provide prestigious bachelor, master and doctorate programs for savvy adventurers like you. Choosing to study in Puerto Rico is the best and biggest decision ever. Here, we have compiled some information, you can use this information to decide where you can take place to study. The Times Higher Education World University Rankings are among the top universities in the world and their performance in all the following core goals: research, teaching, knowledge transfer and international vision. In this post, you will get a complete list and their links to all universities in Puerto Rico.

Puerto Rico an unincorporated territory of the United States and its official name is The Commonwealth of Puerto Rico. Here, we have listed the universities in Puerto Rico. We have collected some information, you can use this information to select a suitable institution for you.

Here are the best and popular colleges and Universities in Puerto Rico, USA territory which is really important to know as an American Citizen. It is also important to gather knowledge for international students. It will help you to get admission to those universities. Just click the link and browse their website.