Mauritius is officially called the Republic of Mauritius which is located off the eastern coast of Africa. It is an island country in the Indian Ocean which is far from approximately 2,000 kilometers from the southeast coast of the East African continent of Madagascar. Its outlying areas include some smaller islands and Rodrigues island. The main island has sandy beaches and the fertile plain rises sharply to the Rocky Mountains. The island is surrounded by coral reefs. Port Louis is the largest city and capital of Mauritius, where the largest population live. Mauritius’ mixed development economy is based on exports of agriculture, financial services, tourism and manufactured goods. After 1980, The government’s efforts to diversify the economy which was successful and the island no longer relied solely on sugar production as it did most of the past.

The University of Mauritius is the famous, popular and national university of Mauritius. In terms of enrollment and curriculum, it is the oldest and largest university in the country. The main campus of the public university is located in Réduit, Moka. Mauritius higher education includes universities, colleges and all other technical institutions. The Mauritian government aims to develop the country into a study center of higher education. Choosing to study in Mauritius is the best and biggest decision ever. Here we have compiled some information by which you can get a decision where you can take place to study. In this post, you will get a complete list and links to all universities in Mauritius. 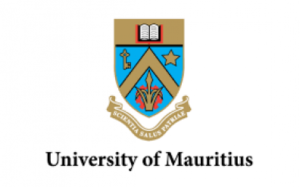 Here are the best and popular colleges and Universities in Mauritius which is really important to know as a Mauritians Citizen. It is also important to gather knowledge for international students. It will help you to get admission to those universities. Just click the link and browse their website.