Lebanon is officially the Republic of Lebanon, a small country in the Middle East with a long history and diverse cultural heritage. Although Lebanon has experienced considerable conflict and turmoil, it has been prospering recently. Beirut is the country’s capital city is becoming more and more popular with foreign tourists. Foreign people are attracted by its wonderful nightlife and impressive culture. Higher education in Lebanon is controlled by the Ministry of Culture and Higher Education. Except for one of the 41 Lebanese universities, the rest are private universities. Arabic is the official language of Lebanon but Lebanon university is instructed by English and French language. Lebanon university provides bachelor’s degree, master’s and doctorate programs for their students. Lebanese colleges, engineering schools, medical schools and universities are highly regarded and well-known in the education sector. In this post, you will get a complete list and their links to all universities in Lebanon. 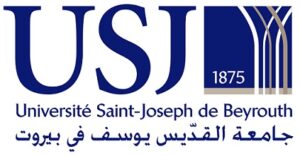 Here are the best and popular colleges and Universities in Lebanon which is really important to know as a Lebanese Citizen. It is also important to gather knowledge for international students. It will help you to get admission to those universities. Just click the link and browse their website.