Denmark is a Northern European Nordic country which is officially called the Kingdom of Denmark. The country Kingdom of Denmark is bordered by the North seas and Baltic seas in Northern Europe. It is composed of the Jutland Peninsula which is close to 406 islands. Among the islands, 80 islands are popular to the tourist. A network of tunnels and bridges connects the islands of Funen, Jutland and Zealand. Denmark is also connected with its neighboring country Sweden through a bridge. The two countries have many cultural and historical elements and similar languages. In many international surveys, Denmark is known as the world’s happiest country. Danish is the national language of Denmark, but English and German are both languages widely spoken by young and old people. Danish is closely connected to Swedish and Norwegian. Denmark is considered one of the safest countries in the world, with a very low crime rate.

The University of Copenhagen was established in 1479. It is one of the largest and oldest higher education institutions in Denmark. The university has about 100 departments, six faculties and many research facilities. These faculties are Humanities, Health and Medical Sciences, Sciences, Law, Social Sciences and Theology.

English fluency in Denmark can be achieved without knowing Danish to become a student-although many Danes will appreciate students who work hard to learn the language. Are you interested in studying in Copenhagen? Get all the information about the various study options in Denmark and compare tuition fees and study time. Find a university in Denmark and browse its courses to find the best university for you. In this post, you will get a complete list and links to all universities in Denmark. 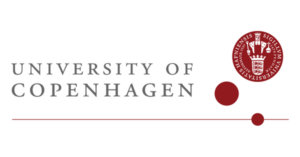 Here are the best and popular colleges and Universities in Denmark which is really important to know as a Danish Citizen. It is also important to gather knowledge for international students. It will help you to get admission to those universities. Just click the link and browse their website.