The Central Bank was established in 1964. The Reserve Bank of Zimbabwe is the country’s central bank and central monetary authority. The central bank is responsible for overseeing Zimbabwe’s microfinance organizations, construction associations, lending institutions and banks. The bank also implements monetary policy, price stability and a stable financial system. An internationally renowned economic research company stated that investors can take advantage of various opportunities after the country’s new president is elected in 2017.

In Zimbabwe, there are five main institutions responsible for financial supervision and supervision. These are the Reserve Bank of Zimbabwe (RBZ), Ministry of Finance, Deposit Protection Commission, Securities and Exchange Commission (SEC) and Insurance and Pensions Commission. In this post, you will get all information about Banks in Zimbabwe.

The Reserve Bank of Zimbabwe 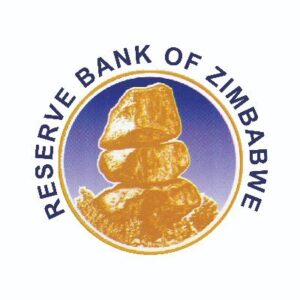 At a glance The Reserve Bank of Zimbabwe all Information

For those who consider a career in the banking sector in Zimbabwe, this is the top list of banks in Zimbabwe is very helpful on where to start. To get more information, please refer to our list of financial institutions in Zimbabwe.

Standard Chartered Bank Zimbabwe The bank was established in 1983 and its headquarters is located in Harare. There are approximately 585 employees are working and supervising 20 branches. The bank was achieved Zimbabwe’s Best Bank Global Finance’s 2017 award for Zimbabwe’s Best Digital Bank and The Banker Magazine’s 2017 Bank of Zimbabwe award. Standard Chartered Bank Zimbabwe provides a wide range of personal and commercial banking products and services.

Stanbic Bank Zimbabwe Stanbic Bank Zimbabwe is a wholly-owned subsidiary of Stanbic Bank Investment Corporation. In 1992, the bank became a member of the Standard Bank Group and began commercial operations in banks in Zimbabwe. There are approximately 660 employees are serving and controls 20 branches across the country. The bank provides personal banking, commercial banking, corporate banking and investment banking and other financial services.

Steward Bank The bank was established in 1995. In 2008, the bank obtained a commercial banking license. The bank is focused on the combined use of telecommunications and technology. It is currently a subsidiary of Econet Wireless Zimbabwe Co., Ltd. There is 325 employees are working and overseeing 9 branches.

Ecobank Zimbabwe The bank started its commercial banking business in 2002 as the Premier Finance Group. In 2011, after Ecobank Transnational acquired a controlling stake in Premier Finance, it adopted its current name and obtained a commercial bank license a year later. The bank provides retail and investment banking services to customers across the country. Ecobank currently operates by 185 employees and a network of 12 branches.

BancABC Zimbabwe The bank started the commercial banking business in 2009. It provides personal, corporate and wholesale banking services throughout Zimbabwe. The bank currently employs 315 employees and manages and supervises 19 branches and 35 ATMs. It is a subsidiary of pan-African economical service provider ABC Holdings Limited.

These are the best and selected banks in Zimbabwe. You can visit the site to gather more information. All links and official information are included herewith.