There are many domestic and international banks in Thailand, such as Bangkok Bank, Citibank, or Deutsche Bank. Most banks have English websites. It is recommended that you research several of these situations before deciding which bank is best for you. Banks in Thailand are managed by the Central Bank of Thailand. The central bank was founded in 1942. The currency of Thailand is the Baht. Bank of Thailand is responsible for issuing banknotes, security documents, implement monetary policies, promote monetary stability and price stability. In this post, you will get all links and information about Banks in Thailand.

The Central Bank of Thailand 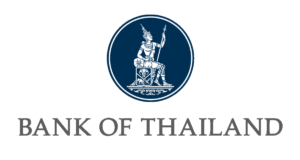 In Thailand, the bank is managed by the Bank of Thailand, which was established in 1942. In Thailand, there are 30 registered banks, of which 6 are state-owned banks. Their total assets total 26.268 trillion baht.

There are 06 (Six) banks governed and maintained by its state government.

For those who consider a career in the banking sector in Thailand, this is the top list of banks in Thailand is very helpful on where to start. To get more information, please refer to our list of financial institutions in Thailand.

Siam Commercial Bank (SCB) The bank was established in 1907. It was Thailand’s first domestic bank under the royal thai charter. The bank was enlisted on the Stock Exchange of Thailand in 1976. SCB bank is the first bank that introduces the ATM machine in Thailand in 1983. The bank headquarters are located in Bangkok and provide a variety of banking products, real estate, insurance, leasing and industries.

Bank of Ayudhya  Ayudhya Bank also known as Krungsri was established in 1945. In terms of assets and deposits, it is one of the biggest banks in Thailand. The bank provides wide asset management, consumer financing, investment through its network of 657 local branches, three international offices and 5,311 ATMs in Thailand.

Bangkok Bank In terms of assets, Bangkok Bank is the biggest bank in Thailand. The bank was established in 1999. In terms of numbers and overseas branches, it is also the leading bank of the country. The bank has 26 international offices in 13 countries. It operates the 1240 branches all across the country.

These are the best and selected banks in Thailand. You can visit the site to gather more information. All links and official information are included herewith.