Jordan’s banks are the most powerful sector in the country’s economical services Industry. The Central Bank of Jordan is the prime and chief authority of Jordan central bank. It is an independent financial organization that maintains the security of Jordanian banks. We cover here all Banks in Jordan.

The central bank issues and supervises banknotes and coins maintain and controls foreign exchange and the kingdom’s gold reserves. The bank also monitors and supervises the banking reserves, price stability of the country. Jordan banking industry is the biggest economic sector in the region. The central bank was established in 1950 and started its operation in October 1964.

The Central Bank of Jordan (CBJ) 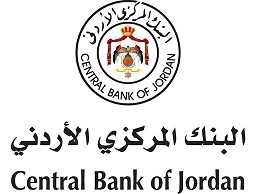 At a glance The central bank of Jordan all information

Below listed banks are Jordani commercial, Islamic (Jordanian), foreign and Islamic (foreign) Banks. The Central Bank of Jordan is monitoring the Banks, release and distributing the Jordanian currency to the below-listed banks.

For those who consider a career in the banking sector in Jordan, this is the top list of banks in Jordan is very helpful on where to start. To get more information, please refer to our list of financial institutions in Jordan.

Arab Bank The bank was established in 1930 in Jerusalem, Palestine. It is one of the biggest financial organizations in the Middle East. The bank is serving the customers through 600 branches situated on five continents. The bank offers banking services to individuals, corporations, government agencies and international economical organizations.

Bank of Jordan The bank is one of the biggest commercial banks in Jordan. It was established in 1960 and its headquarters is located in Amman. The bank provides corporate banking, consumer banking, SME and investment banking, private banking to its customers. The bank serves through 100 branches in Jordan all across the country and 12 branches in the west bank and Gaza strip.

Jordan Kuwait Bank The bank was established in 1976. The bank serves its customers through 62 branches and offices all across the country and four branches in Palestine and one branch in Cyprus. Jordan Kuwait Bank is the first bank in Jordan that introduces internet banking and electronic banking channels.

Jordan Ahli Bank Jordan Ahli Bank formerly known as the National Bank of Jordan and it was established in 1955. The bank headquarters is located in the capital city of Amman. The bank offers a wide range of banking and brokerage services.

These are the best and selected banks in Jordan. You can visit the banks as you need. All links and information are updated herewith.