The Central Bank of Iran 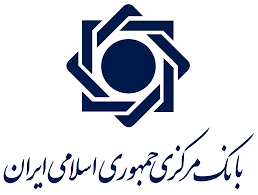 At a glance the Central Bank of Iran Information

There are 30 Banks in Iran throughout the country though these banks have their branches. The central bank of Iran is also called another name Bank Markazi. The central bank is overseeing the below-listed banks. You can get all the links and information from this site about Iran.

For those who consider a career in the banking sector in Iran, this is the top list of banks in Iran is very helpful on where to start. To get more information, please refer to our list of financial institutions in Iran.

Bank Mellat The bank was established in 1979. It is one of the largest private commercial banks in the Islamic Republic of Iran. The banks provide Murabaha, financing, refinancing, foreign exchange reserves, documentary credits, checks, Musaqa, Muzara’s and core banking services. The bank is serving through 1775 branches all over the country. and five branches in South Korea and Turkey.

Bank Maskan It is one of Iran’s government state-owned banks which is also known as Housing Bank. The bank was established in 1979 and its headquarters is situated in Tehran. There are approximately 12,685 employees are serving all over the country.

Bank Pasargad  The bank provides investment banking and retail, commercial banking. Bank Pasargad was established in 2004 and is headquartered in Tehran. There are approximately 3685 employees are serving through 327 branches through the country’s customers. The bank provides services to gas, oil, energy and mining, real estate construction, development and information technology.

Export Development Bank of Iran The Iran Export Development Bank was established in 1991 and is one of Iran’s policy banks. It is a Tehran based Iranian state-owned government bank. It provides financial and other regular banking services to Iranian importers and exporters. The bank has a network of 40 branches in Iran and several countries.

Parsian Bank The bank was established in 2001 and its headquarters is located in Tehran. The bank operates banking products and services to individuals and lawful elements in Iran and several countries in the world. The bank has approximately 4,400 employees all over the country through 294 branches. Parsian Bank also provides internet banking, telephone banking, mobile banking and ATM services all across Iran.

Bank Saderat Iran Iran Saderat Bank was established in 1952 and its headquarters is located in Tehran. The bank has approximately 3,600 employees are serving its customers through 3,000 branches in Iran. The bank also has 21 branches and three regional offices in other countries.

Bank Sepah The bank was established in 1925 and its headquarters is located in Tehran. It is another one oldest banks in Iran. Bank Sepah is serving approximately 19000 employees throughout the country. It is a London based subsidiary Bank Sepah International Plc.

These are the best and selected banks in Iran. You can visit the banks as you need. All the links and information are updated herewith.